‘STORMIN’ NORMAN’ THE GREYHOUND GETS A LOVING HOME 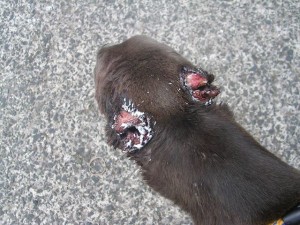 FEW were left untouched and unmoved by the horrific barbarity meted out to Norman the greyhound.

Last month, Belfast Daily reported how the young greyhound had his ears hacked off and abandoned in Co Antrim.

The story shocked animal lovers that someone could treat a defenceless dog in such an horrific and brutal way.

Now Norman has stormed back to good health and has got himself a new home.

The Mid Antrim Animal Sanctuary, which had tended to him for several weeks, announced on Tuesday night the good news that Norman’s foster parents were now going to be looking after him full time

The sanctuary said today: “We would like to take this opportunity to thank everyone who expressed an interest in re-homing Norman.

“It would be difficult to thank everyone individually so hopefully this will be acceptable to all concerned.

“In addition we would like to thank all those wonderful people who sent donations, to those who made a special visit with donations and toys and many thanks for the special collar and bedding for Norman.

“Everyone has been absolutely wonderful and we can’t thank the public enough for the generosity that has been shown.

“The outpouring of love and compassion that has been shown for Norman from all over the world has shown that there are many, many more good people than there are bad.

“He has settled in very well with his new brother and sister Codi and Tia, so a decision has been by the management that rather than uproot him again he should stay in the home where he is a very much loved member of the family,” added the statement.

It’s good news for Norman after the trauma of what he went through.

Those who hacked off his ears were at the time branded ‘scum’.

It was done to hide his identity has been taken to the hearts of animal lovers in Northern Ireland. 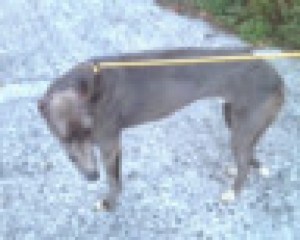 He has since spent weeks recuperating in the Mid Antrim Animal Sanctuary.