ACTORS NEESON AND NESBITT APPEAL FOR ‘THE DISAPPEARED’ 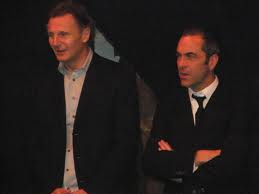 NORTHERN Ireland actors Liam Neeson and James Nesbitt have joined forces to make a fresh appeal information to help families of ‘The Disappeared’.

The pair want republican paramilitaries involved in the abduction and murder of 17 people – 16 men and one woman – to give up details on the location of the six remaining victims.

Ballymena-born Liam Neeson said the families are living in a “cruel and inhumane limbo”.

He continued: “The pain caused by the murder of a relative is almost unimaginable.

“The pain of not knowing where that murdered relative has been secretly buried and the family denied the chance to properly grieve is almost unbearable.”

The remains of 10 of those acknowledged as ‘disappeared’ since 1972 have been found and returned to their families.

In April 1999, the Independent Commission for the Location of Victims’ Remains (ICLVR) was established British and Irish Governments – one of its key features is that any information provided to it is held in confidence and cannot be shared with other agencies.

A joint comment from Neeson and Nesbitt continued: “The remains of Peter Wilson who disappeared in 1973 were recovered within two hours of the search commencing in 2010. 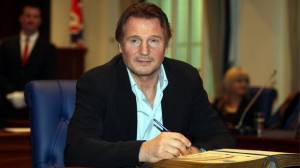 “More can and must be done in the name of common humanity to help.”

The comments coincide with Friday’s launch of the book ‘The Disappeared of Northern Ireland’s Troubles’, which brings together the stories of 14 of the families for the first time.

The actors added: “While it is rightly acknowledged how far Northern Ireland has come as a result of the peace and political processes those seven families remain in a cruel and inhumane limbo.”