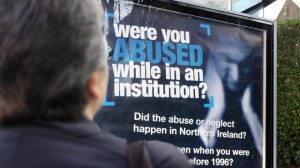 AN inquiry into historical institutional abuse in Northern Ireland is asking victims and survivors now living in mainland Britain to come forward.

It was set up earlier this year by the Stormont Executive and is looking into abuse in local care homes between 1922 and 1995.

Almost 300 potential witnesses have already contacted investigators, the majority of them from NI.

But now the inquiry is appealing for the first time to survivors in Britain.

Sir Anthony Hart said: “We recognise that, for many potential witnesses, reliving their experiences will be very painful and traumatic.

“Indeed, some will not have told their closest relatives or friends about the abuse they suffered.

“If they now live outside Northern Ireland, the thought of contacting the inquiry may seem especially daunting.

“But we’re determined to make this investigation as thorough as possible, and we believe there may well be individuals now living in Great Britain who have information which could greatly assist the inquiry.

” We will provide as much support as we can for them.”

The inquiry covers abuse committed in state and church-run institutions, but not criminal acts committed by priests outside of children’s residential facilities.

There have been calls from clerical abuse victims and former residents of Magdalene laundry-type institutions in NI to widen the scope of the inquiry – amid some opposition because of cost and time implications.

It is expected the work of the inquiry will be completed by 2015 and will report to the Executive by January 2016.

*Survivors of child abuse in Northern Ireland institutions and any other potential witnesses who wish to contact the inquiry should visit its website at www.hiainquiry.org or contact the Freephone number on 0800 068 4935.