A LAW firm involved in the sale of holiday homes complex promoted by a convicted IRA bomber’s company is to pay out £5 million in damages to clients.

The property buyers are to receive undisclosed damages in a resolution of their claims against a law firm involved in the sales process.

All of them had paid out 50% deposits ranging from £30k to £150k for apartments at the Jewel of the Sea development in Calabria, southern Italy.

Italian finance police investigating an alleged mafia money-laundering operation have since seized control of a number of tourist complexes in the area.

As part of the probe, west Belfast builder Harry Fitzsimons whose company was involved in promoting the Jewel of the Sea sales, was detained in Senegal, west Africa in April at the request of Italian police.

The 63-year-old convicted IRA bomber has denied any wrongdoing but has yet to return to the UK where a European Arrest Warrant is waiting to be executed for his arrest. 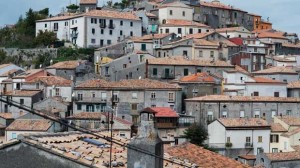 In the action brought before the High Court in Belfast, the investors alleged professional negligence against Gabriele Giambrone and his firm, Giambrone & Law.

They claimed the defendants breached a professional duty to protect their deposits and operated under a conflict of interests.

A judge, who was due to hear the case was told on Friday, that a settlement has been reached.

On that basis, Mr Justice Weatherup agreed to stay proceedings.

No admission of liability has been made by the defendants – nor is any suggestion being made that they are linked to the Italian police investigation.

The investors’ solicitor, Simon Chambers of Russell and Company, confirmed outside court that his clients would be receiving less than they paid out.

He attributed this to “catastrophic” under-insurance by those involved in the sales process.

“They have accepted substantial damages which go some way to compensating their losses.

“This matter has run for four years now and has taken an immense personal, emotional and financial toll on my clients, who are relieved that they can now put this sorry chapter of their lives behind them and move on.”

He added: “A case of this nature highlights the need to ensure that when purchasing property abroad one should be extremely cautious, especially in circumstances where the property is off plan and has not been built.”

The action was the second case involving deposits paid out for holiday homes in the Calabria region.

Earlier this year, 13 property buyers from Northern Ireland won a £1million legal battle with Mr Giambrone over apartments in the El Caribe development that were never built.