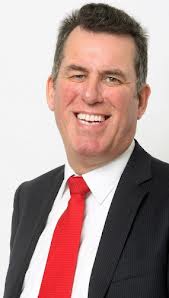 THE SDLP’S justice spokesman has welcomed a plan by the Orange Order to ease tensions ahead of this summer’s marching season.

Alban Maginness said that “respectful agreement” can be found over contentious parades.

However, he said the loyal orders should enter into discussions with residents’ groups in an effort to head off confrontations.

On Tuesday, the Orange Order’s Belfast District has come up with an agreed template for future parades in the city.

The blueprint is designed to try and ease tensions during the marching season in flashpoint areas.

Last year tensions rose after a Shankill loyalist band was filmed playing a sectarian song and circling outside St Patrick’s Catholic Church in Donegall Street in Belfast on 12 July.

What followed were violent clashes during the parading season.

Police are closely monitoring the activitis of dissident republicans in the city following an Easter Monday parade in north Belfast.

A security alert was sparked on Easter Monday morning following the discovering of a suspicous object along the Apprentice Boys parade route.

The area was sealed off and Army technical officers carried out an examination. It has now been revealed that the device was a hoax alert.

Following a meeting on Tuesday night, the County Grand Orange Lodge of Belfast outlined its position on the future of parades in the city.

It said that violence was not wanted or needed and urged people to be peaceful this summer.

“Along with our community, we wish to celebrate and commemorate our history peaceably and traditionally.

“We do not seek violence, indeed violence has no place in today’s society,” a statement said.

“Neither do we subscribe to the view that violence is inevitable this year.

The Orange Order in conjunction with the City of Belfast Grand Black Chapter has agreed that no part of any parade should stop outside St Patrick’s Church, in an effort to create “an atmosphere of mutual respect”.

“This template builds on actions already taken and the full explanation and unequivocal apology from the band concerned regarding that incident,” the statement said.

“It has come about following lengthy conversations with our partners in the Belfast Parades Forum and wide consultation internally and externally with community groups; bands; PSNI; politicians and clergy.”

A number of other measures including thwarting street drinking and facilitating any services taking place were agreed on.

Decisions were also made on conduct for bands passing the church in future parades, with instructions for only hymns to be played in some circumstances.

During the Twelfth parades, the Lodge said the “lead band will play a hymn”.

North Belfast MLA Alban Maginness said: ““The SDLP agrees that violence can be avoided this summer. We believe that respectful agreement can be found when it comes to contentious parades.

“We are taking time to look at the statement in full. We welcome any sign of goodwill and again urge that the loyal orders enter into dialogue with local residents.

“People do have choices.

“They can choose to talk, to share understanding and perspectives to help bring about a respectful outcome.

“This is what happened in Derry and Crumlin.

“This can happen in North Belfast,” he added.