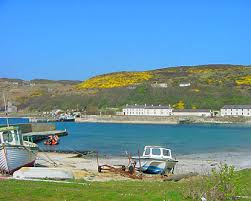 Gorse fire on Rathlin Island stretched for over one kilometre

FIRE crews from across Northern Ireland have brought a large gorse fire on Rathlin Island under control.