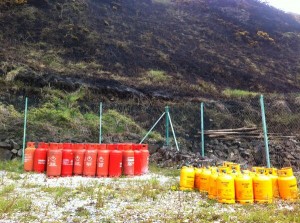 They said the bottles could have exploded had the ravaging fires reached them.

And eight houses were close to the gorse fires which swept across the island.

Crews from across Northern Ireland brought a large gorse fire on the island off the north Antrim coastline under control after 12 hours. 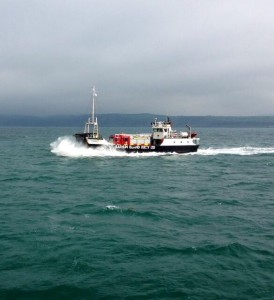