RABO DIRECT PRO12 FINAL: WE NEED TO STEP UP TO THE PLATE, SAYS ULSTER COACH ANSCOMBE 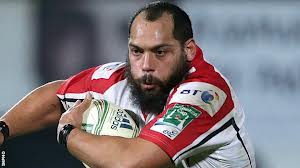 ULSTER coach Mark Anscombe is calling on his players to dig deep for the RaboDirect Pro 12 final against Leinster on Saturday (May 25) in Dublin.

“This is a massive match, a local derby and it is an occasion that everyone at Ulster is looking forward to,” said Anscombe.

“In recent seasons Ulster have been the bridesmaids too often. We have done our learning.

“I’s now time to step up and to prove that we are good enough,’’ he added.

John Afoa will start at tighthead in the only change to the Ulster team that defeated the Scarlets a fortnight ago for the final against Leinster at the RDS (kick off 4.45pm).

The All Black prop missed the Play Off with a hamstring strain but has been passed fit for the end-of-season finale.

Afoa will join this summer’s Ireland captain, Rory Best, and Tom Court in the front row, while Ulster Captain, Johann Muller, continues his partnership with Dan Tuohy in the second-row. Robbie Diack and Chris Henry start either side of the scrum with the RaboDirect PRO12 Players’ Player of the Year, Nick Williams, selected at Number 8.

Coach Anscombe added: “It’s great to be able to welcome John back into the starting line-up.

“John and players like Ruan (Pienaar) and Johann (Muller) have been part of World Cup winning squads.

“When the big moments come, they are cool heads under pressure and you can’t put a price on that.

“When you put them together with our Ireland internationals and our excellent young players like Stuart Olding then you have a great mix.

‘However, Leinster are a quality team and we have a huge amount of respect for them. They will ask a lot of questions of us and we will have to play at our very best to beat them.”