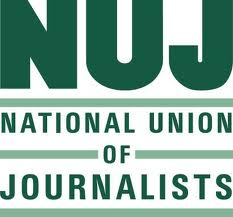 THE National Union of Journalists has condemned a death threat issued by loyalist paramilitaries against two Northern Ireland based journalists.

The names of the journalists are not being released at this time, say the NUJ.

Bob Miller, National Executive Council member and chair of the NUJ’s Belfast branch, said: “The naked threat of violence by paramilitaries, whatever their background, against members of this union is to be deplored.

“We ask those responsible for issuing threats against journalists working in Northern Ireland to withdraw them immediately and we call on their public representatives to issue a statement to that effect.”

NUJ General Secretary Michelle Stanistreet said: “A free press is a hallmark of a democratic society and anyone making threats against journalists for carrying out their work attempts to undermine democracy as well as press freedom.

“Threats against journalists from any quarter must stop.”

Barry McCall, NUJ president said: “Threats such as these cannot be tolerated. Journalists in Northern Ireland have a proud record of refusing to be intimidated by such threats but they should not be subject to them in the first place.

The NUJ calls on those responsible for the threats to withdraw them immediately and to issue a public statement to that effect.”