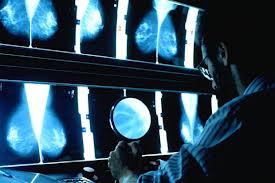 NEW figures reveal that almost 70,000 people in Northern Ireland are living with cancer.

In 20 years, the number of people now living with cancer has risen by more than 3 per cent  since 1993.

Researchers put the rise down to an aging population, obesity and other lifestyle choices.

The report launched by Queen’s University, Belfast and Macmillan Cancer Support, shows although lung cancer is one of the most commonly diagnosed cancer, its poor survival rate means it is only the ninth most prevalent cancer in NI.

More than 6,500 men have been diagnosed with prostate cancer within the last 18 years, while more than 11,000 women have breast cancer.

Dr Anna Gavin, from Queen’s NI Cancer Registry, said the report shows that cancer is no longer a death sentence for everyone who is diagnosed.

She explained: “There are many people in Northern Ireland with cancer who live their normal lifespan.

“Importantly the information in this report will help those working to improve services for those living with cancer.”

Lung cancer is the most common cause of cancer death between 2006-2010, with around 887 people dying of the disease each year.

Prostate and oesophageal cancer are on the rise with men, while the number of women with uterine and kidney cancers has seen the most dramatic hike.

Around 1,155 women are diagnosed with breast cancer each year, and just over 300 die from the disease. Researchers say breast cancer survival rates are very good, with more than 80% of patients surviving for at least five years.

The number of people living with cancer has risen more than 3% every year since 1993.

“It used to be the case that either people were cured of their cancer or they died, often very quickly.

“With the number of cancer survivors increasing, we now know that many people need more support after treatment to meet their ongoing needs and to live with cancer as a long term illness.”