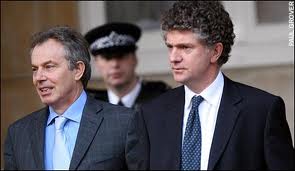 Jonathan Powell was chief of staff to Tony Blair

A FORMER senior aide to Tony Blair has said that the government and the Stormont executive need to do more to help loyalist communities in Northern Ireland.

Jonathan Powell, who was chief of staff to Tony Blair when he was Prime Minister, made the comments in a BBC Radio Five Live documentary to be broadcast on Sunday.

In it, Colin Parry whose son Tim was killed in the 1993 Warrington bomb on the eve of Mothering Sunday, travels to Belfast.

Mr Powell said the loyalist community had not got enough political support.

“No-one has provided an economic future for them, no-one has given them leadership, so they are trapped with those gangs the UVF and the UDA.

“No-one is offering them a way out and that is I think something that should be focused on.”

The programme, which is entitled No Going Back, will be broadcast on BBC Radio Five Live on Sunday at 9pm.

Mr Powell was a key government negotiator during the Good Friday Agreement of 1998.