FAMILY FURY OVER 16 YEARS IN JAIL FOR HAMMER ATTACK KILLER 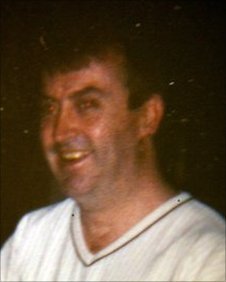 THE family of a man battered to death with a hammer are angry that the killer will serve a minimum of 16 years in jail for the murder.

Paddy Harkin, 49, was beaten to death with a hammer in his flat in Bayview Terrace in February 2011. He died from head injuries.

Paul Greatbanks, 48, whose address was given as Maghaberry Prison, had pleaded guilty to the murder.

Greatbanks lived in the flat below his murder victim.

Mr Harkin’s sister Jacqueline said: “Sixteen years is not enough for what he did. He battered Paddy’s head and face in.”

Greatbanks, who is originally from Kent in England, was sentenced to 15 years in prison with a further six on license for the attempted murder of Mr Mythen.

Mr Justice Horner told Greatbanks the photographs he had seen of the incident “demonstrate acts of unspeakable brutality” on his part.

He also told Greatbanks that both his victims “were entirely innocent men who did nothing to deserve that happened to them”.

“The defendant bears full responsibility for these violent and vicious attacks resulting in the deceased’s death and Paul Mythen’s profound physical and mental incapacity,” said the judge.

“Effectively two innocent, decent men have had their lives, in one case ended and in the other case destroyed, by the defendant.”