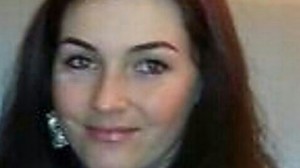 POLICE say the family of a missing east Belfast woman are becoming increasingly concerned for her welfare.

And in a new bid to trace her, the family have issued a fresh picture to the public.

Joanne Craig was last seen at her home in the east of the city at around 6.30pm on Tuesday.

The PSNI suspect she may have been in the Lower Ormeau Road area since then.

She drives a black Seat Alhambra with the registration number NEZ 9619.