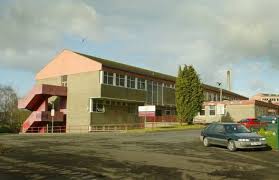 Dundonald High School, on the eastern outskirts of the city Belfast, is facing possible closure.

And there also concerns about the long term future of Knockbread High School off the Knock dual carriageway.

In a letter sent to parents, the South Eastern Education and Library Board has said it wants to shut the school by August 2014 or as soon as possible after that date.

Thursday was the deadline for comments on the board’s plan.

One parent of a pupil at the school said the proposal had not been thought through.

“Dundonald is a growing community – there’s thousands of homes being built here,” he said.

“The board need to look to the future – where are they going to put all these children if they close this school down.

Parents are also concerned that Knockbreda High School will eventually also fall under the board axe.

One parent told Belfast Daily: “The headmaster, the board of govenors and the staff are doing their best to keep the school viable for the pupils.

“There was a recent night event at the school and everybody associated with the school is trying to remain positive about the future.

“But we as parents are concerned that the education board is going to shut the doors on Knockbreda.

“It would be an end of era if that happened.”