BRENNANS THE BAKERS HELPS YOUNG PEOPLE TO TREAD THE BOARDS 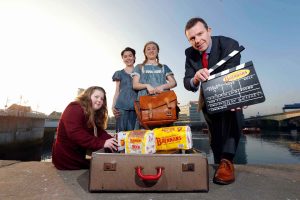 FAMILY bread baker Brennans has joined forces with Replay Theatre Company to bring the real-life heroic story of two young girls – whose lives were changed forever during an ill-fated journey by sea – to young audiences across Northern Ireland.

Replay Theatre Company is a charitable organisation set up to give schoolchildren and young people an opportunity to experience live theatre, often for the first time, and Brennans Bread sponsors the theatre group to offer quality visual arts productions.

Colin Todd, business development manager of Brennans Bread said, “Replay Theatre Company has been putting on shows for schoolchildren from all over Northern Ireland for almost 25 years and we are delighted to again work alongside the group to bring this production of Lifeboat to audiences across Northern Ireland.”

“Through our sponsorship with Replay we aim to help feed the imagination of local schoolchildren and we hope to introduce young people, and their families, to live theatre productions.

“The story behind this real-life play is very inspiring and highlights an enduring friendship which still remains to this day. The production will be shown in a range of theatres and schools across Northern Ireland and I hope that every child, parent and teacher will get the chance to enjoy this remarkable story,” he added.

“Lifeboat tells the story of 90 evacuees trying to escape the relentless bombing of Britain during WWII by sailing from Liverpool to Canada. As the story unfolds we see how the girls spent 19 terrifying hours in the water on an upturned lifeboat and how they willed each other to survive.

“The play is aimed at 8-11 year olds and as with all Replay projects, this performance addresses many areas of the school curriculum so I would encourage mums and dads and parents and teachers across the country to make sure they get to one of the local productions and don’t miss out!” she added.

Brennans Bread is one of the best known bread brands in Northern Ireland and is synonymous with freshness and quality.

It has a wide variety of delicious products within its portfolio including Family Pan, Wholemeal, Batch and, most recently, Wheaten Brown Bread. 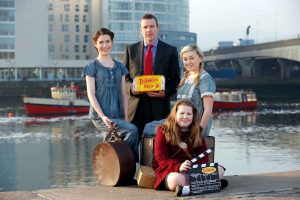 To find out where you can see Lifeboat and for further information log ontowww.replaytheatreco.org.