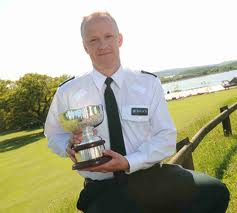 FOUR people have been arrested over a spate of burglaries in north Belfast.

Police at York Road PSNI detained two suspects after a burglary at the Cityside retail park on March 7.

A male was arrested after a Burglary was reported in the Carrick Hill area on March 8.

And another male was detained after a reported burglary in the Donegall street area on Sunday, March 10.

Sergeant Brian Caskey of York PSNI said: “We will continue in our pro-active patrolling to prevent offences and detain suspects.”