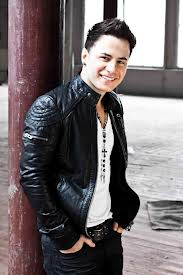 Ryan Dolan picked to represent Ireland in the Eurovision 2013

RYAN Dolan was picked on Friday night to represent Ireland in the this year’s Eurovision Song Contest.

The Strabane singer topped the poll of combined votes from five regions and television votes on RTE’s Late Late Show.

His song Only Love Survives will now lead the way for Ireland in this year’s Eurovision contest to be held in Malmo, Sweden on May 14.

He said afterwards: “I am delighted. I don’t know what else to say.”

Ryan added: “I am thrilled to have been chosen to represent Ireland in the Eurovision Song Contest. A huge thank you to everyone who voted for the song tonight – I really appreciate it.

Mr Dolan, who mentored by Stuart O’Connor, will compete against acts like Germany’s dance group Cascada.

Ireland will compete in the first semi-final on Tuesday, May 14 in Sweden.

The final will take place on Saturday 18 May.