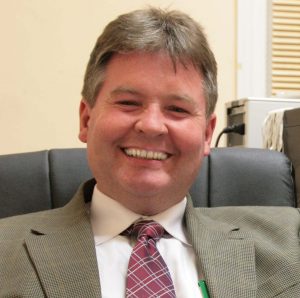 Former IRA gunman Gerry McGeough due to be released from prison

A republican convicted of trying to kill a part time UDR man over 30 years ago is due to be released from Maghaberry Prison on Tuesday.

Under the terms of the Good Friday Agreement former IRA man Gerry McGeough is eligible as a qualifying prisoner to apply for early release.

He has served a minimum of two years and he was recently recommended for early release by the Sentence Review Commissioners.

The father-four was sentenced in April 2011 to twenty years imprisonment for the attempted murder of UDR man Sammy Brush.

He stood as an Independent Republican MLA candidate in the 2007 Stormont Assembly elections.

On March 8, 2007, he was arrested by PSNI detectives as he left the count centre in Omagh to fetch some documents from his car.

In July last year, McGeough, who was refused a special pardon from the Queen, lost his legal challenge against the decision at the Court of Appeal.

He was jailed in 2011 for the attempted murder of a part-time soldier Mr Brush in Tyrone 31 years ago.

The victim, who was also a postman, was ambushed as he delivered mail to house near Aughnacloy in June 1981.

Senior judges dismissed McGeough’s bid to be granted a Royal Prerogative of Mercy (RPM) because he has not served two years in a British or Irish prison.

The judges also rejected claims of a “deal between Sinn Fein and the government” preventing the granting of a RPM to McGeough.

The 54 year old, from Dungannon in County Tyrone, had appealed the decision claiming he had suffered inequality based on political considerations.

Mr Brush was seriously wounded in the attack but was wearing a bullet-proof jacket which saved his life.

He then returned fire with his personal protection weapon, and wounded the gunman.

At the Court of Appeal, McGeough was challenging a ruling that it was invalid to compare him with other high-profile terrorists who benefited from the RPM scheme.

He was first arrested in connection with the attack in 2007, and was convicted last February.

Lawyer’s for McGeough have argued that he should not be denied a pardon due to geographical limitations.

He claimed it was unlawful to treat him differently to others because he previously served jail terms in Germany and the United States.

His lawyers advanced a number of comparison cases involving others who received the RPM.

These included: James McArdle, the Armagh sniper responsible for the 1996 London Docklands bombing; the IRA men convicted for their part in the murder of SAS Captain Herbert Westmacott in Belfast in 1980; and six of those who broke out of the Maze Prison in 1983.

But Sir Anthony Hart, sitting with Lord Chief Justice Morgan and Mr Justice Gillen, held that McGeough was in a different category.

Rejecting the appeal, he said: “We accept that the circumstances of the decision to exercise the RPM in each of these cases were consistent and based upon the position that only those who had served a period of two years imprisonment within the jurisdiction of the United Kingdom or the Republic of Ireland should be considered for the exercise of the RPM.

“These two countries were the only countries who were signatories to the Belfast Agreement, and it was entirely understandable for the respondent (the Secretary of State) to take the view that only those who had served two years imprisonment in either of those countries, or whose circumstances were very closely analogous thereto in the case of McArdle, should benefit from the exercise of the RPM to ensure that they be released after having served at least two years’ incarceration in either country.

“This cannot be said to be the position so far as Mr McGeough is concerned… and we can see no inequality or unfairness in the way his case was treated by the respondent.

Even though Sinn Fein representatives recently met McGeough in prison, and have called for his release, he alleged that the party failed to lobby the government strongly enough on his behalf.

But Sir Anthony concluded: “There is no evidence before us to support Mr McGeough’s assertion that there is some form of deal between Sinn Fein and the government to prevent the exercise of the RPM in Mr McGeough’s favour.”