ADAMS TO STAY AWAY FROM PRICE FUNERAL 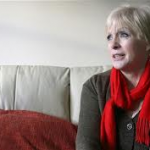 However, Sinn Fein President Gerry Adams will not attend.

Hundreds of republicans are expected to gather at St Agnes’s Church in Andersonstown, West Belfast.

Burial will take place at the nearby Milltown Cemetery.

Price, 61-year-old, who was originally from Belfast, was found dead at her home in Malahide in Dublin on Wednesday night.

Her death is not being treated as suspicious.

In recent months Price, who was the former wife of actor Stephen Rea, gave a number of press interviews in which she claimed she drove Belfast mother-of-10 Jean McConville to the place where she was murdered by the IRA.

Ms Price also alleged that, during the early 1970s, Sinn Féin President Gerry Adams was her IRA “OC”, or commanding officer, and had personally ordered the abduction of several people the IRA considered to be traitors.

Adams, now a TD in Louth, said on Sunday he would not be attending today’s funeral.