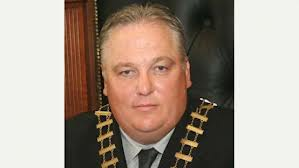 POLICE in the Republic are investigating a Northern Ireland link to two separate burglaries.

Two pensioners have been assaulted in separate burglaries in Co Donegal within recent days.

Gardai are now investigating the use of a Northern Ireland registered car in both incidents.

But the Mayor of Donegal has called on Gardai to “man the borders” to stop travelling criminals coming in from Northern Ireland to terrorise pensioners in the Republic.

A gang of five men locked a man in his 60s in his shed at Linsfort, Buncrana on Tuesday at around 7.30pm, after forcing entry into his home.

They demanded cash and assaulted the man, causing minor injuries. The gang fled the scene after locking the man up.

He managed to free himself and raise the alarm. A small amount of cash was stolen.

A short time later, at around 9pm, a gang of five men assaulted an 80-year-old woman at Ture, Muff, close to the border with Co Londonderry.

Cash was demanded from the elderly woman and she received minor injuries in the attack.

Gardaí are still trying to establish if anything was taken.

Investigating officers believe a blue/grey Proton car with a Northern Ireland registration plate may have been used in both incidents.

Donegal Mayor Frank McBrearty has condemned the recent burglaries but said Gardai need to do more.

Speaking on Wednesday to donegaldail.com, the Mayor said the Garda Chief Supterintendent for Donegal and the Assistant Commissioner for the North West Division need to reassess their approach to policing here.

“It is simply not working and yet another two burglaries by a gang form across the border last night is proof of that,” said Mayor McBrearty.

“The high-end management have serious questions to answer. At this stage the people of Donegal are entitled to answers.

“I am not advocating closing the borders because we have excellent relationships with the public in Derry but we need to man those borders now,” he said.

Mayor McBrearty also slammed Donegal’s elected representatives for not raising the issue in the Dail and the Seanad.

“I am the Mayor of the county and I am asking those questions. The people of Donegal deserve protection and they deserve answers,” he said.

He said he did not accept that a lack of Garda manpower as an excuse for not being able to stop the spate of burglaries.

“As far as I’m concerned the Gardai have enough intelligence on the ground and they know well who many of these boys are.

“Ordinary Gardai are just putting in their shifts but Garda management need to direct these resources.

“They need to use their resources in a more efficient way. Crime in Donegal is down when it comes to drink driving and other roads matters.

“But there has been a huge jump in this type of crime and resources now need to be deployed to tackle this current issue,” he said.

He added that, if necessary, the Minister for Justice Alan Shatter needs to set up a special taskforce to tackle the problem of border crime.