EXCLUSIVE: UNION Flag protestors have called on supporters to take to the streets en masse this Friday and bring Northern Ireland to a standstill.

And organisers believe that dozens of planned protests will stretch PSNI resources to the limit as they ratchet up their campaign to have the Union flag hoisted again over Belfast City Hall.

Belfast Daily understands that the Ulster Protestant Voice group which first organised the protests is garnering support both home and abroad for its Union flag campaign.

One plan is to switch the focus of the street protests to North Belfast over the next few days to “take the pressure off east Belfast”. 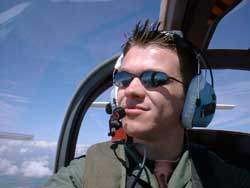 Police have dealt with five continuous nights of rioting in east Belfast and said the violence was being orchestrated by individual senior UVF figures in the area.

Last night nationalists attacked Union flag protestors with golf balls and missiles as theyheaded back to east Belfast from a rally at Belfast City Hall.

Protestors responded before police intervened and swamped the area with reinforcements and three water cannon.

A lorry was hijacked in east Belfast as the violence intensified.

On Monday morning, Secretary of Stat Theresa Villiers said Northern Ireland was being “held to ransom by protesters” due to the dispute over the union flag.

Theresa Villiers called for an end to all street demonstrations over flags following five nights of rioting.

Speaking on BBC NI Good Morning Ulster radio show, Ms Villiers said: “It’s not acceptable that those who say they are defending a union flag are actually doing it by hurling bricks and petrol bombs at police. It’s disgraceful, frankly.”

“It is profoundly depressing and I am fully supportive of the great efforts the PSNI are making to crack down robustly on those who continue to break the law”.

She called for the protests to “come off the streets” in order to allow local politicians to hold all-party talks over flags and emblems and said “we will not be able to get a solution if Belfast and Northern Ireland are being held to ransom by protesters”.

Three police officers were injured on Monday night. Since the flag protest started 104 have been arrested.

Four people have been charged in relation to the violence and are due to appear before Belfast Magistrates Court later on Monday.

Theresa Villiers calls for all Union flag protests to end

“All these protests have to stop altogether, even the peaceful protests are causing disruption and even they are making it far more difficult to have a proper dialogue to resolve these kinds of issues,” Ms Villiers said.

She added “not only is it disgraceful in terms of injuries to police officers and people who live in the areas affected by the riots, it’s also doing huge damage to Northern Ireland’s image abroad”.

The Shadow Secretary of State for Northern Ireland, Vernon Coaker said the riots had become a matter of “national security” after the police said senior loyalist paramilitaries had been involved in the rioting.

Mr Coaker told the show: “That makes it, as far as I’m concerned an issue of national security and I think we need, and the secretary of state will need, to make an assessment of what the chief constable has said about that and what needs to be done.”

The Labour MP also said the Westminster government had a continuing responsibility to support the Northern Ireland peace process and he condemned the latest violence.

“People may disagree with decisions that are taken but in a democracy you cannot have violence on the streets as a way of trying to bring about change to those decisions.

“The first rule of any democracy, the first rule of any political leader is actually to say that violence is totally unacceptable and cannot be justified and in that sense in London, and indeed in Stormont, we stand with the PSNI and those who are trying to prevent the violence from occurring,” Mr Coaker said.

Protest organisers have produced a list of where they plan to hold rallies this week: 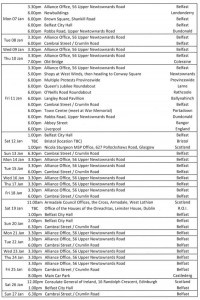 
10 Responses to REVEALED: UNION FLAG ‘OPERATION STANDSTILL’ PLAN TO BRING PROVINCE TO A HALT ON FRIDAY