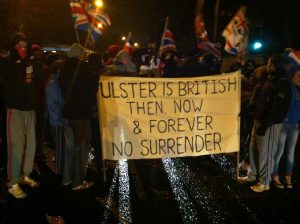 Loyalists protest on the Shore Road on Wednesday evening

It is expected to finish by 7 pm following a “compromise” resolution between protestors and police.

Another protest was held at Brown Square on the Shankill Road at 6pm.

A furthe protest is planned for Ballymoney at 7pm. 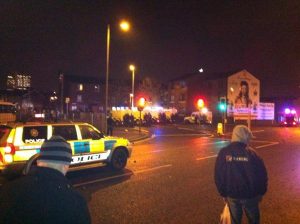