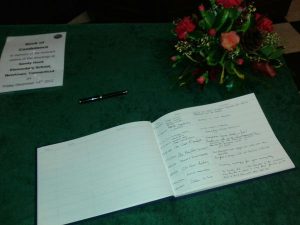 BELFAST City Council is to open a book of condolence on Monday afternoon for the 20 young school children and six women murdered in the US last Friday.

The school pupils, who were aged between six and seven, were shot dead by Adam Lanz in Newtown, Conneticut minutes after he shot his own mother dead at their family home.

“I want to open a book of condolence for the citizens of Belfast or visitors to the city hall to pay their respects to the families of the children and adults who so tragically lost their lives last Friday,” he said.

“It must be an extremely difficult time for the families and the school community particularly in the run-up to Christmas when families come together.

“We want to let them know that we are thinking about them here in Belfast and that they are in our prayers.”

Ulster Unionist alderman Jim Rodgers asked that people in the city be given the chance to express their sympathy.

The book opened at 3pm in Belfast City Hall. 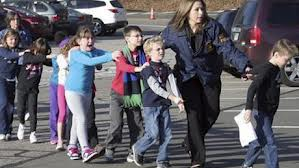 “Since news of this terrible tragedy at Sandy Hook Elementary School started to filter through on Friday, people have been contacting me to ask how Belfast City Council is going to show solidarity with the families,” Mr Rodgers said.

“I asked the lord mayor to open books of condolence on Monday and he has agreed to do so.

“This is a crime that has shocked the world and it is only right that the citizens of Belfast and Northern Ireland have an opportunity to leave messages of sympathy and support for the families.”

The books will be given to the US Consulate in Northern Ireland to pass on to the families of the victims.