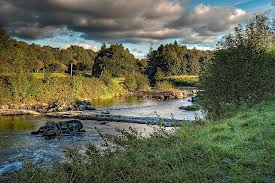 BELFAST City Council has had to close the Clement Wilson Bridge at New Forge Lane in south Belfast following a report which indicated that its condition has worsened.

The council say it means walkers and cyclists will no longer be able to use the bridge to travel between Belfast and Lisburn.

Fencing has been erected to prevent the public accessing the bridge.

Belfast City Council had already planned to replace the bridge, which has been in existence for more than 50 years, as part of the city`s £150m Investment Programme.

It has applied for planning permission and will be writing to local residents to inform them of its proposals.