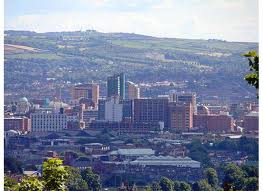 Belffast has an above average quality of life

BELFAST has an above average quality of life, according to a new study.

The report by PricewaterhouseCoopers measured the performance of 36 UK cities against a number of factors.

And Belfast was ranked as a “good growth” city.

Ten categories were analysed, defined by the public as key to economic success and well-being in a new assessment of how UK economic performance could be measured in large cities apart from GDP.

The most important of these were perceived to be: health; work-life balance; housing, transport, with these three alone accounting for up to half of the public’s definition of what contributed to good growth.

Belfast and Aberdeen rank higher than they would if economic performance or employment were the sole criteria.

The report ranks Belfast 16th of the 36 cities measured, falling into the ‘above average’ category and higher that cities like Manchester, Glasgow, Birmingham and even parts of  London.

Dr Esmond Birnie, PwC chief economist in Northern Ireland said: “The financial crisis and subsequent downturn has provoked a lot of debate around economic growth and just what good growth looks like, so it’s no surprise that the public is now considering other issues as integral to the bigger economic picture.

“Our findings suggest a good growth measurement approach could, particularly in a time of austerity, help government and local authorities focus their investment and resource allocation on the things that matter most to the public.”

High ranking cities like Reading, Edinburgh and Cambridge, did relatively well on jobs, income and health.

Belfast compares well with cities in other devolved regions of Scotland and Wales, ranking top, in terms of transport (average commuting time to work) and work-life balance (percentage of working population routinely working more than 45 hours per week).

However, Belfast ranks less well in terms of property ownership, health (percentage of non working population on long-term sickness) and providing for future generations (percentage of households with long-term savings).