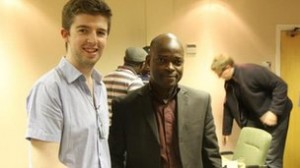 A BELFAST solicitor has been crowned UK scrabble champion today.

Paul Gallen took up the national title by defeating Liverpool accountant Olawale Fashina in the final in London.

The 26-year-old triumphed by three games to one to become the first person living outside England to lift the crown.

Paul first started to take the game seriously after being crowned champion of champions on the Channel Four television show Countdown in 2006.

It is his fifth victory over Olawale Fashina who won the tournament in 2005.

Paul collected a cash prize of £2,500 for his efforts and is expected to spend the money on a trip abroad.

“I think my girlfriend wants a present, so we will probably go on a holiday – to somewhere warm.”