BELFAST’S OSCAR THE BRAVEHEART ON THE MEND IN AMERICAN HOSPITAL, SAY FAMILY 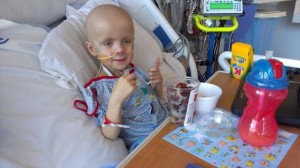 Oscar Knox could soon be flying home from America after treatment

BRAVE Oscar Know, the toddler who has pulled on a nation’s heart string, is on the mend and could soon be flying home.

The four-year-old travelled to Philadelphia two weeks ago with his family to see if he could start a potentially life-saving medical trial.

Oscar suffers from stage four neuroblastoma – an aggressive childhood cancer which could kill him.

The disease causes tumours to develop, in the stomach, spine, chest and neck, but can also spread to other parts of the body.

His parents were hoping he would receive immunotherapy, which could have given him an extra 25 per cent chance of survival.

But tests revealed a condition with Wee Oscar’s heart means he is not suitable for the specialist treatment and the family planned to travel back to Belfast as soon as he came out of intensive care.

Doctors believe the pulmonary hypertension could be a side effect of the chemotherapy and stem cell treatment.

Then his mum Leona revealed he had suffered yet another setback in the form of a collapsed lung, and his parents were told his outlook was not good.

But Oscar is now showing good signs of improvement since being in a critical condition, and pictures show him standing, smiling and chatting to medical staff. 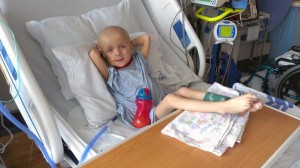 The family say the support they have had from social media sites has been incredible.

His Wee Oscar twitter account, which the Knox family updates with information about their son, now has more than 21,000 followers, and Leona and Stephen have been detailing their journey on a blog.

In an update, the family said the hospital have used experimental techniques to save little Oscar’s life and it is an amazing place for him to be, despite not getting the immunotherapy.

Oscar’s father Stephen says Oscar will hopefully be taken home via air ambulance, possibly next week if he continues to improve.

The family says Oscar is now looking forward to coming home to play with his toys.


2 Responses to BELFAST’S OSCAR THE BRAVEHEART ON THE MEND IN AMERICAN HOSPITAL, SAY FAMILY