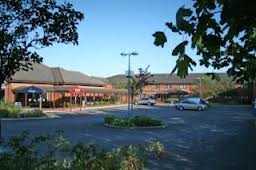 A Belfast school girl was left terrified after she was pricked by a pin in a Dublin hotel, a court heard.

As a result her parents were today awarded €18,000 in damages for their daughter’s ordeal.

Robert and Gillian Kane, of Robb’s Road in Dundonald, told a judge about their anguish at not knowing for weeks whether daughter Amy’s skin had been punctured by a hypodermic needle.

The incident happened in the Travelodge Hotel, Castleknock, in June 2009.

After an investigation, the needle turned out to be a pin from a piece of jewellery.

However, Judge Matthew Deery, who awarded the couple 9,000 euros each against Smorgs Limited, which trades as The Travelodge Group, said the Kanes were not to know that at the time.

He said they had been attending a function in Dublin connected with their Methodist Church and had returned to the hotel to find the foyer filled with young people, who had been at a festival, drinking alcohol.

The court heard they had retired with friends to their rooms when the pin incident occurred.

Judge Deery said he accepted the couple had suffered a “mental adjustment disorder” as a result of what they had gone through afterwards.

He said they had to take their daughter Amy to hospital and a genito-urinary medical clinic for AIDS-associated infections and syphilis tests.

He said Mr Kane had difficulty in getting the Travelodge hotel and its insurers to send on the needle to a consultant at the Ulster Hospital, Dundonald, where it had been clarified it was not a hollow hypodermic needle.

The judge said the Kanes, who had a strong affinity to their church, had suffered various embarrassments including meeting members of their congregation at the GUM clinic and having to complete a questionnaire designed for adults.

He said they and Amy, had been exposed to large warning notices on the wall about the dangers of venereal disease and drugs.

Judge Deery said Amy had a life-long phobia about needles and that her mother had to hold her down while blood tests were taken and injections were given.

The court heard it was three months before her tests had been returned clear.

Mrs Kane had worried about future questionnaires Amy would have to fill out in the future about whether she had ever been tested for AIDS.

The judge told barrister Miriam Reilly, counsel for the Kanes, that her clients had suffered a “severe psychological response” to what they had to put their daughter through.

Ms Reilly told the court that legal proceedings on behalf of Amy had already been settled for 17,500 euros.

Judge Deery said the parents had found themselves in a situation which was “terrifying” for any parent and which had led to a chain of events that was inevitable.

Tom Clarke, counsel for the defendant, was granted a stay on the court’s finding on the basis that liability had been fully in dispute and would be appealed.