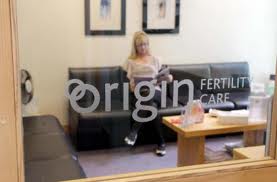 THE BELFAST clinic stopped from taking in patients by inspectors has been given the green light to welcome them back.

The Regulation and Quality Improveinment Authority (RQIA) identified a number of concerns about Origin Fertility Care on Belmont Road in east Belfast.

Inspectors had listed faults including a failure to alert authorities when women became ill after treatment.

However, RQIA said Origin had “achieved compliance” in a follow-up inspection.

The company employs about 24 staff and has approximately 5,000 clients.

After inspections at Origin Fertility Care earlier this year, the company voluntarily closed the clinic for a fortnight in June, in order to put proper systems in place.

Among the faults it was asked to address was a failure to update patients’ records, including their test results.

In August, following a further inspection, the regulators said they were still not satisfied by a number of areas, including the number of suitably qualified and skilled staff, the level of staff training and aspects of management.

It served notice on Origin not to accept any new admissions or referrals of patients.

However, those restrictions have now been lifted following the latest checks at the clinic which took place on 10 October.

“As a result the notice of proposal to place conditions of registration on the service was withdrawn.

“RQIA will continue to monitor the performance of the service through its ongoing regulatory activities.”